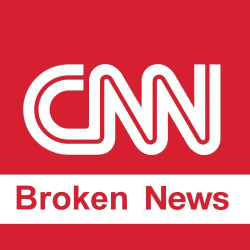 President Biden’s handlers are doing everything they can to prevent the president from having to answer questions for which they have not had time to prepare him.

On Thursday, Biden will participate in a CNN town hall event in heavily liberal Baltimore, Maryland. The event will be hosted by CNN’s Anderson Cooper and include only invited guests in the audience. To be invited, a person must pre-submit a question at this link and have it accepted by whomever is reviewing them.

In another failure of “the most transparent administration”, the location of the event has not yet been announced. This is likely in the hopes of avoiding protests similar to those at other announced Biden appearances. The last thing CNN wants is a large group of people shouting “Let’s Go Brandon” just outside of the network’s made-for-Biden event.

When you know you aren’t popular, you do what you can for optics…. or something.

This event is meant to reverse Biden’s terrible approval numbers (37% and dropping) and give him a platform to push his very unpopular, multi-trillion dollar taxation and spending spree. His “Build Back Better” agenda is currently being ripped-apart by separate factions of his own party.

For this event, Biden and CNN make an almost perfect pairing as CNN is having major ratings issues of their own:

The 90-minute town hall will air at 8 p.m. EDT on CNN. Don’t forget to submit your questions if you want to attend.

Biden to Participate in ‘Invitation Only’ CNN-run Town Hall Thursday is posted on Conservative Daily News – Where Americans go for news, current events and commentary they can trust – Conservative News Website for U.S. News, Political Cartoons and more.

What Pope Francis Gets Wrong About Corporate ‘Greed,’ Global Hunger, and Inflation