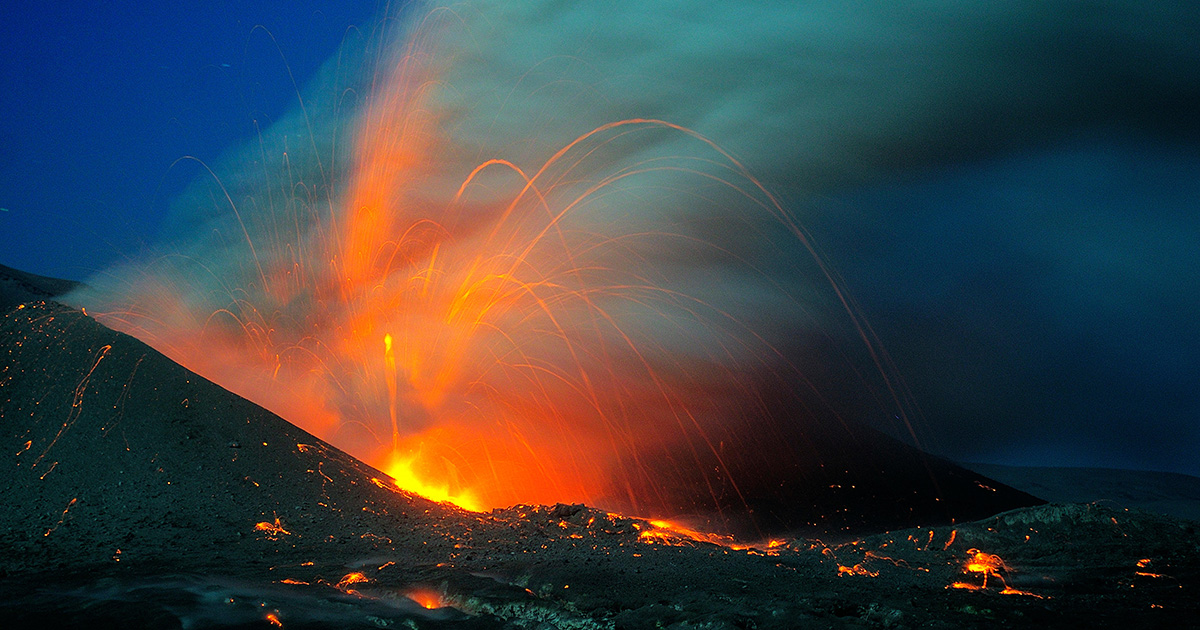 OPINION: Volcanologists warn that magma-filled vents evolve over time, leading to an underestimation of the number that might erupt — especially those capable of the biggest explosions

Many people know that Naples is built on two very active volcanoes, Vesuvius and Campi Flegrei, and that it is one of the cities most at risk from volcanic activity in the world.

But practically nobody knows that Rome is also built right in between two major explosive volcanoes: Sabatini to the north and Colli Albani (or Alban Hills) to the south. These haven’t erupted within historic memory — so Sabatini is considered “extinct” and no one worries much about Colli Albani. Yet both are hot and emitting volcanic gases. There is magma there, but deeper down in the crust, out of sight. Our analysis of the latest data indicates that these are long-lived volcanoes potentially brewing new volcanic eruptions.

These volcanoes aren’t alone. There are hundreds of volcanoes around the world that scientists consider dead but that may actually be active and should be monitored. Researchers have estimated that more than 800 million people live near active volcanoes, but we think hundreds of millions more people may be unknowingly exposed to volcanic explosions.

As volcanologists, we have proposed an innovative way to determine whether a volcano is likely to reactivate or not: Take into account not just when it last erupted but also the thermal state of its plumbing system. This isn’t the only — nor even necessarily the best — way to do this. But with our new Volcanic Activity Index, we can identify volcanoes that have generally escaped attention but deserve close monitoring (see Box).

It is generally thought that there are about 1,500 potentially active volcanoes around the world, about 500 of which have erupted in historical times. Some, like Etna in Italy and Mount St. Helens in Washington state, are extensively studied. But only a limited number of volcanoes have any monitoring at all, partly because of a lack of funds. As a result, many eruptions catch people by surprise — like Chaitén Volcano in southern Chile, which erupted explosively in 2008 after 9,000 years of silence, covering the nearby town of Chaitén with more than a meter of muddy ash.

This has long been an acknowledged problem, and many volcanologists have proposed ways to improve the situation. In the 1990s, which was the International Decade for Natural Disaster Reduction, researchers identified 16 volcanoes worthy of particular attention because of their history of large explosive eruptions and proximity to densely populated areas. Scientists have suggested ways to use satellites and drones to track activity and have called for more local on-the-ground monitoring. But we will also need to design new approaches to identify sleeping giants and look deep into the belly of volcanoes.

Right now, surprisingly, there isn’t a particularly scientific way to define the activity of a volcano. The main data volcanologists consider are the date of the last eruption and certain measures of the known eruptive history (such as the frequency and size of past eruptions). This is often biased by which cultures have kept a record of eruptions or which areas have been studied, and it ignores how volcanoes evolve over time.

Volcanoes change as they grow older. The long-term seeping of magma into the Earth’s crust from deeper below changes the crust’s temperature and physical properties. Younger volcanoes tend to sit above a cooler crust that can’t store a lot of magma; older volcanoes have a warmer crust that can support larger quantities of magma, and so they tend to produce bigger eruptions with longer periods of rest in between. In other words, an older volcanic system needs to have been quiet for a lot longer before it should be considered extinct. You can have a large, dangerous volcano sitting in a kind of vegetative state, with its magma lurking far below, undetected. This magma can rapidly migrate to shallow chambers and the volcano can erupt.

We created the Volcanic Activity Index because we couldn’t find a good index that takes this aging effect of volcanoes into account. Our index produces a single number that compares the activity of any one volcano to all the others out there, based on when it last erupted, how much magma the volcano has erupted in total over its entire history, and the average rate at which it has erupted over its whole life.

This analysis throws up some surprises. For example, our analysis shows that Italy’s Colli Albani has a higher activity index than the famous — and clearly still active — Yellowstone Caldera volcano in Wyoming.

We have a problem, though: Often, we don’t know how old a volcanic system is. The oldest dated eruption of the Campi Flegrei caldera in Naples, for example, is 80,000 years ago; however, recent investigations have shown that this volcano started erupting at least a few hundred thousand years ago. This would significantly change the activity index for this system. Our analysis highlights what we still need to know. If there is a big campaign to measure these factors around the world, the list of worrying volcanoes will likely change.

What should we do with this list? Many of these volcanos seem to be quiet at the surface, but we don’t know what’s going on deep down below. That’s what we need to figure out next. Right now, researchers use seismic tomography (watching how seismic waves travel through the Earth) or electrical conductivity to try to peer into the depths. However, these methods generally can’t see anything more detailed than about 1 cubic kilometer, and this gets worse with depth, exactly the regions from where we need more information.

We need a big push in the scientific community to find new and better ways to see 15 to 20 kilometers down into the heart of a volcano. We think this would provide much longer warning times to anticipate the reactivation of dormant volcanoes (like Chaitén).

How this information is used is ultimately up to locals. People have been living around active volcanoes since the dawn of humankind; it is extremely difficult to weigh an uncertain future risk against the needs of day-to-day life. It is not our job to tell people what to do, whether to stay or leave. But the people living near such volcanoes deserve a scientific evaluation of the potential risks they face. We hope that our index will help.

Luca Caricchi is a volcanologist at University of Geneva, Switzerland.

Guido Giordano is a geologist at Roma Tre University in Rome, and the Institute of Environmental Geology and Geoengineering of the National Research Council in Montelibretti, Italy.

Why a ‘Digital Dollar' Is a Really Bad Idea