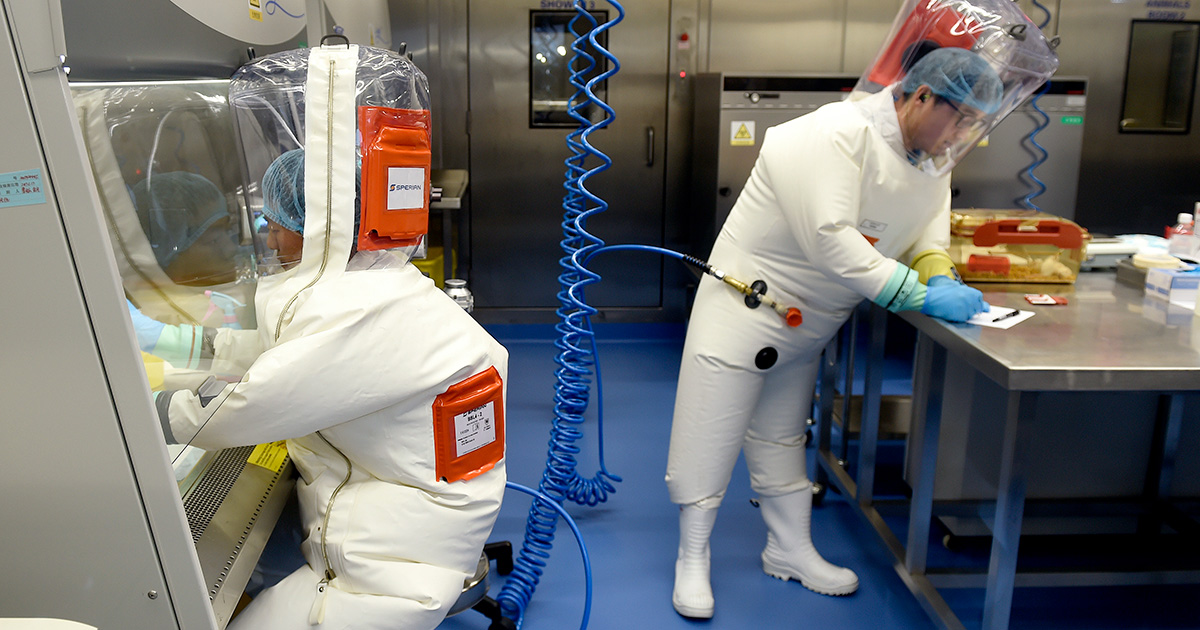 OPINION: If there’s one thing the pandemic has taught us, labels get in the way of facts and make the truth that much harder to find.

A warning: This article will not tell you whether SARS-CoV-2 escaped from a lab and set off the Covid-19 pandemic, which has now killed more than 5 million people. I’m not even going to tell you if I think it did.

If that was your hope, you may want to move onto something else. But my hope is that you will be willing to explore why truth is almost always elusive — and frequently not because someone is trying to hide it. Which is important to keep in mind when vetting claims and policies during a worldwide health crisis.

First, what is the “lab leak” theory? The idea is that the virus was either developed in a lab or brought to a lab for study without enough precautions, then it accidentally infected a lab worker, who somehow spread it in the community. Many in the media, as well as some scientists, quickly labeled it a conspiracy theory, designed to shift focus away from the missteps of their own countries. But, like everyone else involved in the discussions about the lab leak theory, scientists have something at stake: If SARS-CoV-2 did escape from a lab, it could further shake trust in research, and threaten funding.

In the search for truth, it is good to ask questions, and it is good to doubt, as colleagues and I have noted elsewhere. It is also good to try to understand the motivations of those who ask questions. A lack of obvious financial incentives doesn’t mean someone isn’t biased or making other gains.

I don’t know anyone who hasn’t fallen into the alignment trap. Including me. I co-founded the science watchdog site Retraction Watch more than a decade ago, and faced with some truly awful scientific papers that made me and co-founder Adam Marcus wonder how they were ever published, we frequently would use such phrases as “anti-vaxxer” and “conspiracy theory” in our critiques. It was one way we dismissed ideas as unworthy of discussion.

But we’ve stopped doing that, in no small part because we’ve seen how this kneejerk dismissal — from both “sides” — has played out time and time again during the pandemic.

In the last 18 months, for example, practically no one could have a dispassionate discussion of the evidence — or the lack thereof — for using various older drugs, usually approved to treat parasites, against Covid-19. Such discussions frequently escalated into screaming matches between polarized opposites. If you had ever made a comment that could be interpreted as saying that Donald Trump was not wrong about absolutely everything — including his boosting one such drug, hydroxychloroquine — you were clearly promoting the drug because you were partisan. If you dismissed the drugs, surely you were partisan on the other side. And if you gained any following thanks to media mentions, or had ever been paid to write anything for a media outlet, clearly you were opposed to ivermectin, another of these drugs, only to make a name for yourself. And so on.

A similar dynamic played out in discussions about vaccines. Public health officials, mindful of vaccine hesitancy in some quarters, made the vaccines sound 100 percent safe, when no such thing exists. They opted for clear messaging over nuance, dismissing safety concerns. But when a small number of reports of blood clots surfaced and they paused one vaccine’s rollout, that only led to even more distrust (and accusations of a conspiracy). Peter Sandman, a longtime communications strategist, argued that a better approach would have been to provide what’s called “ anticipatory guidance ,” which involves advising people about rare side effects that may happen. It takes away the reactive “but you told us X, so now I don’t trust you” argument that can further muddle a complex situation.

Just as with the nuances about vaccine safety, too many people were too quick to dismiss the lab-leak theory as a conspiracy. But once they took a careful look at some of the evidence, they sometimes had to update stories and statements to acknowledge the possibility, however remote, of a lab leak. (One correction by the  Washington Post   specifically removes the term “conspiracy theory.”)

Some may argue that, in the middle of a health crisis like Covid, it’s justifiable to shut down an idea that lacks evidence of certainty by labeling it a “conspiracy theory,” particularly if it distracts from the main goal of preventing more illness and death.

But there is at least some evidence that the approach doesn’t work. According to a 2016 study, people are no less likely to believe something just because it’s dubbed a “conspiracy”; in fact, that label may even prompt them to give the idea extra consideration or credibility.

That makes intuitive sense: If you hear something referred to as a conspiracy theory and then you learn that one of the arguments supporting this theory, however minor, is factual, that revelation may bolster the idea that there really is a cover-up. Or perhaps you learn that a vocal critic of the lab-leak conspiracy theory had a significant but undisclosed conflict of interest — namely that his organization had collaborated with the Wuhan lab that would have been the site of the leak. Along these lines, evidence of  stonewalling by the Chinese government also reinforces the suggestion of a cover-up.

It is human nature to want a definitive answer to questions. But science is not about certainty, and it seems likely, for many reasons, that we will never have a definite answer about the lab-leak theory. Science can allow us to approach the truth, but always within a range of likelihoods and probabilities — a reality that has been obscured by the need for headlines and social media likes from politicians, journalists, industry players and others, as well as the condescending call for “clear messages” so as to not confuse the public.

So where do we go from here? One solution is to eschew making definitive statements — including that an idea is a “conspiracy theory” — and instead embrace nuance. It increases your chances of getting to the ever-elusive “truth.”

Uncertainty isn’t a sign of weakness. It’s a powerful force in the search for facts.

This article is part of  Reset: The Science of Crisis & Recovery , an ongoing Knowable Magazine  series exploring how the world is navigating the coronavirus pandemic, its consequences and the way forward. Reset is supported by a grant from the Alfred P. Sloan Foundation.

Ivan Oransky, MD, is a cofounder of Retraction Watch, editor in chief of Spectrum and a distinguished writer in residence at New York University’s Arthur L. Carter Journalism Institute. He is a member of Knowable’s Magazine Advisory Group.