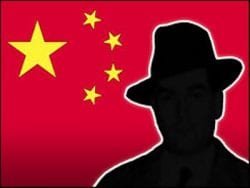 A rheumatology professor and researcher with strong ties to China has been ordered held without bond to face a charge of grant fraud for not disclosing that he was engaged in a sophisticated scheme to use approximately $4.1 million in grants from the National Institutes of Health (NIH) to develop China’s expertise in the areas of rheumatology and immunology.  He is also charged with making false statements about maintaining employment in China at the same time he was employed at universities in the United States, including The Ohio State University.

Song Guo Zheng, 57, was arrested Friday, May 22, 2020, after he arrived in Anchorage, Alaska, aboard a charter flight and as he prepared to board another charter flight to China.  When he was arrested, he was carrying three large bags, one small suitcase and a briefcase containing two laptops, three cellular telephones, several USB drives, several silver bars, expired Chinese passports for his family, deeds for property in China and other items.

“Yet again, we are faced with a professor at a U.S. University, who is a member of a Chinese Talent Plan, allegedly and deliberately failing to disclose his relationship with a Chinese university and receipt of funds from the Chinese Government in order to obtain millions of dollars in U.S. grant money designed to benefit the health and well-being of the people of the United States — not to be hijacked to supplement the research goals of the Chinese Communist Party,” said Assistant Attorney General for National Security John C. Demers.  “This case, like too many others, should serve as a reminder that the United States Government takes seriously the obligation of truthfulness and transparency on grant applications, and those who violate the law to benefit China or any other foreign nation will be held accountable.”

“This case highlights another example of a Chinese Talent Plan member allegedly using U.S. taxpayer funds for the benefit of the Chinese government,” said Alan E. Kohler, Jr, Assistant Director of the FBI’s Counterintelligence Division. “According to the criminal complaint, Zheng violated laws concerning the use of federal research funds and did not disclose his employment in China. The FBI will continue to work with our partners to stop such illegal activity and protect U.S. research.”

“We allege that Zheng was preparing to flee the country after he learned that his employer had begun an administrative process into whether or not he was complying with rules governing taxpayer-funded grants,” said David M. DeVillers, U.S. Attorney for the Southern District of Ohio.  “This is our office’s third recent case involving the illegal transfer of intellectual property and research to China. This underscores our commitment to work with the FBI, the Department of Health and Human Services, and our research institutions to protect our country’s position as a global leader in research and innovation, and to punish those who try to exploit and undermine that position.”

“The taxpayers of the United States are the real victims when researchers defraud our government and exploit our system to benefit China,” stated FBI Cincinnati Special Agent in Charge Chris Hoffman.  “The cutting-edge technologies that are being developed in our country must be carefully protected from our foreign adversaries and the FBI will continue to work with our partners to safeguard these important innovations.”

A criminal complaint filed May 23 and unsealed following today’s detention hearing charges Zheng with one count of fraud or bribery concerning programs receiving federal funds, a crime punishable by up to ten years in prison, and one count of making false statements, which is punishable by up to five years in prison.  Magistrate Judge Elizabeth Preston Deavers ordered Zheng held without bond because he is a flight risk.  The case will be presented to a federal grand jury for possible indictment.  The investigation is continuing.

An affidavit filed with the complaint alleges that, since 2013, Zheng has been participating in a Chinese Talent Plan, a program established by the Chinese government to recruit individuals with knowledge or access to foreign technology intellectual property.  Since then, Zheng has used research conducted in the U.S. to benefit the People’s Republic of China.  Zheng allegedly failed to disclose conflicts of interest or his foreign commitments to his U.S. employers or to the NIH.