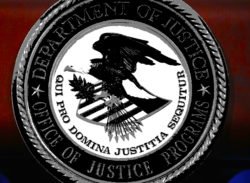 There is an old joke that goes, “Trust me…I’m from the government.” The line usually elicited a pained laugh from those who’ve heard it. But if you say that line within earshot of attorney Kevin E. Byrnes, you may end up getting a little bit more than a chuckle.

In September of 2000, Byrnes was employed as an Assistant US Attorney for the Central District of Illinois. But that tenure would come to an end on September 15th of that year in an action Byrnes cited as “unreasonable and discriminatory.”

This article doesn’t focus on the acts or actions that caused Mr. Byrnes’ termination, although it is a commonly-held truth that for a career civil servant to be terminated – especially at the federal government level – a serious infraction would have had to occur. Neither does it measure the level of animosity that existed between Byrnes and his superiors at the US Department of Justice (DoJ). Instead, this article focuses on how the federal government manipulates situations – and their agreements – to their advantage.

Mr. Byrnes appealed the DoJ’s termination to the Merit Systems Protection Board (MSPB) to no avail and a final judgment was issued June 4, 2002.

Still believing he had been aggrieved by his former employer – the US Justice Department (DoJ), Byrnes took the next step and filed suit in the US District Court for the District of Columbia alleging that both the MSPB and the DoJ executed an act of employment discrimination under Title VII and the Rehabilitation Act of 1973.

As is wont to happen in today’s “let’s make a deal” judicial climate, attorneys for Byrnes and the two defendant organizations entered into a settlement agreement in late May of 2003, thus ending the court action. The agreement stipulated that the government would identify and remove several documents pertaining to Byrnes’ termination from his personnel file and, instead, issue replacement documents that indicated Byrnes’ departure was, in fact, a “voluntary resignation” rather than a “termination.”

The agreement also stipulated that the “adverse action” that had caused the initial 2002 decision by the MSPB would have “no force and effect.” But in September of 2003, the MSPB had yet to abide by the agreement, unpublishing the 2002 decision against Byrnes and making whole the agreement to which all parties had enjoined.

Again, taking the logical next step in the food chain of litigation, Byrnes filed a motion to compel the enforcement of the agreement by mandating the MSPB depublish the decision that initiated all of the legal action in the first place.

“…a reasonable person would understand the disputed terms to mean that the [MSPB decision] could not form the basis for any future personnel action, not that the MSPB was required to take some form of affirmative action.”

As is the case in the world of the courts, there is always another step to be taken when you lose and Byrnes took that step, filing suit against the MSPB yet again, this time claiming a violation of his rights under the Privacy Act.

The Privacy Act allows a person to enter into civil actions:

“…[W]henever any agency, (A) makes a determination…not to amend an individual’s record in accordance with his request, or fails to make such review in conformity with that subsection; (B) refuses to comply with an individual request under subsection (d)(1) of this section [to gain access to his record]; (C) fails to maintain any record concerning any individual with such accuracy, relevance, timeliness, and completeness as is necessary to assure fairness in any determination relating to the qualifications, character, rights, or opportunities of, or benefits to the individual that may be made on the basis of such record, and consequently a determination is made which is adverse to the individual, or; (D) fails to comply with any other provision of this section, or any rule promulgated thereunder, in such a way as to have an adverse effect on an individual.”

Byrnes claim was that the MSPB – and through it, the DoJ – continued to allow the publication of the decision that indicated he was “terminated” by “adverse action” without, at the very minimum, the inclusion of the subsequent history of the case, thereby creating a state of “inaccurate and incomplete facts.”

It is prudent to revisit the verbiage of the agreement here:

RESCISSION OF MSPB DECISION
10. Whereas, pursuant to this Agreement, the terms of Plaintiff’s departure from the USAO-CDIL have been changed to a voluntarily [sic] resignation, and Plaintiff is now considered to have voluntarily resigned from the USAO-CDIL on September 15, 2000, the parties agree that the adverse action giving rise to Kevin E. Byrnes v. MSPB, Docket No. CH-0752-00-0880-I-1 has no force and effect.

While it all may seem cut and dry to the layman, in legalese even an agreement to do something as simple as allowing the record to reflect a resignation instead of a termination – which both parties did agree to – is not what it seems.

“In this case, Byrnes seeks to force MSPB to amend its records to expunge the details of his termination and replace them with a voluntarily [sic] resignation, or at the very least reflect the subsequent history of the case. The crux of his Privacy Act claim seems to be that the subsequent settlement agreement changed the underlying ‘facts’ of this case and rendered the MSPB decision ‘inaccurate.’

“However, a record can be ‘accurate’ (or inaccurate) only in relation to the state of affairs it is meant to describe…and the Privacy Act does not permit a court to alter documents that accurately reflect an administrative action no matter how contestable the conclusion may be.

“The published MSPB decision is an accurate document that faithfully reports the decision of the MSPB as it occurred in 2002. The settlement agreement did not ‘change the facts’ of the underlying MSPB action in some metaphysical sense, and the Privacy Act does not permit an individual to force an agency to ‘rewrite history, changing the record in Orwellian fashion to pretend that it reached some other conclusion.

“This discussion reveals plaintiff’s Privacy Act claim for what it really is – a thinly veiled attempt to circumvent an inartfully drafted settlement agreement. If Byrnes wanted the 2002 MSPB decision amended or withdrawn, he should have ensured that the settlement agreement he signed in 2003 explicitly provided for it. Instead, this Court has already determined that ‘the literal terms of the agreement do not require any affirmative action on the part of MSPB’…Plaintiff cannot collaterally attack this holding through the guise of a Privacy Act claim.”

Simply put, even though the MSPB and the DoJ agreed to replace the official designation of Byrnes’ departure from the DoJ as a voluntary resignation instead of a termination, the court ruled that because the wording wasn’t pinpointed accurately in its legalese, the spirit of the agreement meant nothing.

The circumstances of Mr. Byrnes’ departure from the US Department of Justice aside, the disingenuousness of the attorneys for the MSPB and the DoJ is obvious and disturbing. Whether or not Mr. Byrnes deserved to be terminated for whatever reason is tantamount to irrelevant. It is the duplicitous and arrogant disingenuousness with which the MSPB and DoJ pursued their abdication of the agreement that should disturb every rational thinking American.

It brings to mind an experience I once had on Bourbon Street in New Orleans back in the 1980s.

I was approached by a street urchin local almost immediately upon making it to the street from my hotel. It was just after sunset and the street was thriving.

The street urchin said, “I’ll bet you five dollars I can tell you where you got those shoes.” Being from out-of-state by about a thousand miles I was sure in my response. “Sure, I’ll bet you. Where did I get my shoes?” I asked.

Five dollars lighter and forty years later, I can’t help but think that kid saw me coming from a thousand miles away, just like the lawyers for the MSPB and the DoJ saw Kevin Byrnes coming from down Pennsylvania Avenue.

So, You Think You Can Trust the Federal Government? is posted on Conservative Daily News – Where Americans go for news, current events and commentary they can trust – Conservative News Website for U.S. News, Political Cartoons and more.

The Vaccination For Covid May Become The Death Of Covid Patients