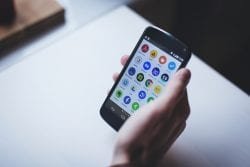 A poll that has tracked the state of civility in the United States since 2010 once again finds that the vast majority of Americans – 93 percent – identify a civility problem, with most classifying it as a “major” problem (68 percent). Contributing heavily to the cause of incivility is social media, with 63 percent of Americans saying that, in their experience, the impact of social media on civility been more negative than positive. Only nine percent say it has been more positive than negative. Civility in America 2019: Solutions for Tomorrow by Weber Shandwick and Powell Tate was conducted in 2019 with KRC Research.

“Since the inception of this study nearly a decade ago, the eroding state of public discourse in America has been of great concern to Americans,” said Andy Polansky, CEO of Weber Shandwick. “Although social media has risen over the years as a source of incivility in this nation, other factors such as politicians, the news media and America’s youth are also consistently blamed. We remain optimistic that Americans can rise above the incivility they encounter on social media and engage in less divisive discourse in every aspect of their lives.”

The finding that social media has had a more negative than positive impact on civility is an experience common to multiple demographic groups. Negativity decidedly outweighs positivity by large margins regardless of gender, generation and race. Even within the generation that is native to social media – Generation Z (who in our study are 16-21 year olds) – a massive gap emerges of nearly 4:1 between those who say social media’s effect has been more negative than positive vs. more positive than negative (56 percent vs. 15 percent, respectively). Hispanics express the most positivity with 27 percent reporting that, in their experience, social media has had a more positive than negative impact.

More than one-half of Americans (54 percent) expect the general tone and level of civility in the country to decline even further during the next few years. Among this group, 57 percent believe that the Internet and/or social media are to blame, a factor that tops the list of 19 possible choices.

This year we surveyed a segment of high school-aged teens, 16 and 17 year olds, to assess their perceptions of the state of civility. Among those who expect civility to worsen during the next few years (69 percent), by far their top reason for the erosion is social media (66 percent). This is probably linked to high schoolers’ greater likelihood of reporting experiences of incivility on social media (57 percent), compared to their older 18-21 year old Gen Z cohorts (51 percent), Millennials (47 percent), Gen Xers (40 percent) and Boomers (33 percent).

Despite the unwavering sentiment that America has a civility problem, a positive note is sounded on the general level of civility in the workplace. Nine in 10 Americans who work with others (89 percent) describe their place of employment as very or somewhat civil. This has been a consistent finding since we began asking about civility in the workplace in 2017.

A civil workplace affects job performance in positive ways. Nearly eight in 10 employees with coworkers (78 percent) report that civility at work provides tangible upsides. Four in 10 say civility at work improves their work morale and increases their loyalty to their employer (40 percent each) and nearly as many say it improves their quality of work (36 percent).

When people encounter incivility at work, their most commonly reported reactions are to ignore the person acting uncivilly (54 percent) and to remove themselves from the situation (49 percent). Far fewer speak directly to the uncivil perpetrator (24 percent) or contact their supervisor or HR department (11 percent) to report the uncivil behavior.

This year we made a point of asking Americans what could be done to improve civility and the extent to which people would be personally willing to make a difference.

“Civil discourse is a key to a healthy democracy,” said Pam Jenkins, president of Weber Shandwick Global Public Affairs. “The public has identified our civility problem, and it is now up to all of us to encourage the solutions that will make our government and society work better.”

The types of actions that people believe would improve the level of civility in our nation include broad support for solutions ranging from greater parental responsibility to corporate measures to civility training.

On a more personal level, Americans selected actions – from a list of 12 – that they would do themselves to improve civility. The vast majority – 88 percent – selected at least one action. On average, they chose 3.4 actions, demonstrating that there is desire among Americans to make civility a personal responsibility. The most common actions are:

In addition, a noteworthy six in 10 Americans (62 percent) reported that if there was an organization that made it easier to support civility or get involved, they would be very or somewhat likely to participate or support it. National Institute for Civil Discourse Executive Director Emerita Dr. Carolyn Lukensmeyer said: “Americans know that for our system of democracy to work, we have to talk and listen to each other. It is heartening to see the data showing that people of all ages see solutions to reducing incivility and are ready to take action whether that is speaking out when they see incivility or voting for leaders who pledge to be civil. NICD stands ready to support citizens and all the institutions that shape our public and political discourse.”

Can social media also be a solution for incivility? Given its role as a top driver of incivility according to our survey respondents, social media usage could also be used to help turn the tide. Nearly four in 10 Americans (38 percent) say that they would employ social media to improve civility by taking at least one of the following actions:

The public wants the social media companies to help mitigate the uncivil behavior their platforms are perceived to be encouraging. Nearly six in 10 Americans (57 percent) are of the opinion that social media companies should take a larger role in helping improve the level of civility in our nation. While this isn’t as high as the responsibility Americans believe elected officials should take – the top-ranked institution for taking a larger role at 64 percent – it is on par with the responsibility of state and local governments (57 percent).

Social Media Has Had Net-Negative Impact on Society is original content from Conservative Daily News – Where Americans go for news, current events and commentary they can trust – Conservative News Website for U.S. News, Political Cartoons and more.

ICE HSI Philadelphia Announces Seizure of Over 17 Tons of Cocaine