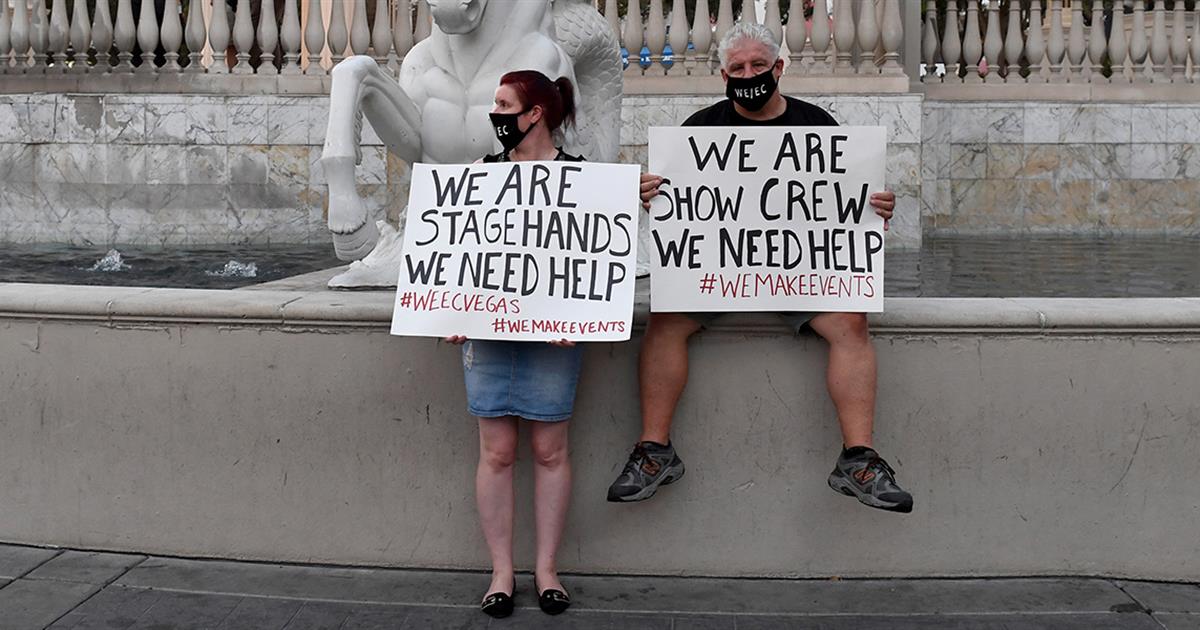 OPINION: Being out of work — even for a just a few months — may be bad for your health

By Jennie E. Brand
By Sarah A. Burgard

Being out of work isn’t just bad for your finances. It’s bad for your health. Most people are aware of the effect of losing a job on mental health: depression, anxiety, social isolation. But job loss can hurt a person’s physical health as well.

Research consistently shows that losing a job and being unemployed — even for just few months — is associated with reduced overall health and a higher risk of physical ailments, including cardiovascular disease, hospitalization and death. And the risk can remain higher for years to come, sometimes decades after people have returned to work.

In the first six months of Covid-19, 25 percent of US adults said they or someone in their household lost their job due to the pandemic. Among those who said they lost a job, half reported they were still unemployed six months later. As researchers who study the health effects of job loss and unemployment, we are concerned that the next wave of health problems linked to Covid will not come directly from Covid itself, or the strain it places on health systems — but from its effect on the labor market.

It’s not hard to see why job loss, followed by a period of unemployment, can be bad for your health. The initial months following a job loss can be incredibly disruptive, straining people’s finances and psychology and  limiting their social interactions, which reduces social support. Along with losing a job, some people may lose their health insurance, and therefore forgo seeking medical attention when illness arises. Some may turn to  alcohol or  drugs,  eat poorly and exercise less, and research has linked unemployment to  bad sleep patterns.

But even if someone receives unemployment benefits or gets another job relatively quickly, the risks don’t always go away; some research shows even a few months of unemployment may be associated with worse long-term health and well-being.

One study found that death rates were up to twice as high in the year after some people lost their jobs, regardless of whether and when they got a new one, and remained 10 to 15 percent higher than expected for the next 20 years. If this rate of increased risk continued indefinitely, the authors noted, losing a job at age 40 could reduce life expectancy by 1 to 1.5 years. Other research has associated job loss with a higher risk of conditions including  hypertension and arthritis, and a  twofold higher risk of heart attack and stroke. And that’s not because people in poor health are more likely to lose their jobs: Our  2007 analysis showed that even after removing the influence of baseline health and social background, people who lost their jobs were still more likely to report poor health.

Some of the data on which we base these concerning predictions come from other economic recessions and downturns, such as the Great Recession (2007-09), but we expect that there could be even worse outcomes in the wake of Covid-19. The peak unemployment rate during the Great Recession was 10 percent, while the  peak unemployment rate in 2020 was almost 15 percent. Economic recovery is more precarious when pandemic restrictions are still in place, and  some business operations have changed permanently, making it harder for some laid-off workers to regain their old jobs.

Moreover, many of those who developed serious Covid-19 symptoms are experiencing slow recoveries and may not work at the same capacity for some time. Other adults may need to take on new caregiving responsibilities because kin have remained ill or died, leaving behind others who need care. These consequences are unevenly spread, with job losses and  deaths greater in racial and ethnic minority communities.

Already, preliminary analyses are emerging about the potential health effects of Covid-related unemployment, particularly among vulnerable populations. In a  recent paper that has not yet been peer reviewed, researchers estimate that residents of New Zealand may collectively lose 36,900 years of healthy life due to a rise in cardiovascular disease following pandemic-related job loss; among the nation’s more vulnerable Indigenous Māori population, the rate of lost years was nearly four times higher than among non-Māoris.

What can be done?

It is critical that policymakers support the health and well-being of displaced workers and their families, particularly those most susceptible to health decline. Although the US has some threads of a social safety net — such as up to 26 weeks of unemployment benefits in most states, plus additional help in the pandemic — that wasn’t enough to prevent a huge increase in food insecurity and use of food pantries during Covid. We need to provide a more robust response to people who are out of work, including continued health insurance coverage, to help buffer the economic toll of job loss, and thereby mitigate some of its health consequences.

Some research shows even a few months of unemployment may be associated with worse long-term health and well-being.

This support is particularly crucial for the people who have been hit hardest by Covid-19 — such as racial and ethnic minorities — who also face longstanding structural inequities in living and working conditions that affect their job prospects, and may shape their financial recovery.

However, given the potentially long-term impact of job loss, the best way to protect workers’ health is to incentivize companies to not lay off workers — and, if layoffs are inevitable, incentivize them to rehire laid-off workers as soon as possible. In California, for instance, when jobs become available, companies in hard-hit industries such as hotel and event management must rehire people who were laid off during the pandemic. Policymakers should continue to direct resources toward employers to help them keep businesses going and workers employed.

To address all the health consequences of the pandemic, we must think broadly about interventions and policies. We must recognize the wide scope of job losses across households and industries, not just in workplaces making media headlines, and the unequal burden felt by workers already disadvantaged before Covid. The real solution lies in not just getting back to work, but getting Americans into secure jobs that pay a living wage and allow economic recovery alongside the healing of people and health care systems.

A version of this article first appeared in  The Conversation .

This article is part of  Reset: The Science of Crisis & Recovery , an ongoing Knowable Magazine  series exploring how the world is navigating the coronavirus pandemic, its consequences and the way forward. Reset is supported by a grant from the Alfred P. Sloan Foundation.

Sarah A. Burgard is a professor of sociology, epidemiology and public policy at the University of Michigan and director of the Population Studies Center at the Institute for Social Research.