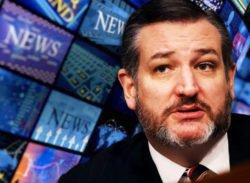 As we approach the 2022 Mid-Term Elections, the fact that the majority of the public has rebuked everything Democrats have tried to move during their total control of government has left them without a single marketable accomplishment on which to hand their election hopes. This set the table for what appears to be their game plan.

In a barrage of attacks and underhanded media pieces since just before the New Year, Democrats and their media surrogates are taking aim at their opponents to include their families; their spouses and children. This inclusion crosses a long-honored ethical line and relegates the total of political discourse to an unethical, slash-and-burn, win-at-all-cost act of personal assassination.

On the 30th of December, a gaggle of usual suspect far-Left fascists attacked Florida’s governor, Ron DeSantis, as being “on vacation” and ignoring the benign Omicran variant numbers in the Sunshine State when in fact he was accompanying his wife to a treatment session for her breast cancer.

And hundreds of miles away, on the same day in another Red state, The Dallas Morning News highlighted a disgusting tabloid-like story about US Sen. Ted Cruz’s (R-TX), 13-year-old daughter Caroline, which attempted to sow the seeds of division between child and parent by highlighting differences in their political opinion.

The Dallas Morning News published a story last Thursday that found its way to Twitter with the headline, “Ted Cruz’s daughter says she disagrees with ‘most of his views.’”

In a recent video posted to TikTok, Caroline Cruz said, “A lot of people judge me based upon [my Father] at first glance but I really disagree with most of his views.”

The Dallas Morning News was immediately taken to task for its full-speed march over the ethical line in targeting a politician’s children with even those usually aligned to such political garbage speaking out.

The Republican defector, MSNBC’s Joe Scarborough, a former Republican congressman from Florida (who said nothing about the attack on the DeSantis’s) tweeted, “I cannot imagine any reason why media outlets would write a story about a politician’s 13-year0old child – especially when it pits child against parent for political purposes. (See also: George and Kellyanne Conway’s minor daughter). It seems ghoulish.”

And US Rep. Dean Phillips (D-MN), tweeted, “Public officials are fair game. Our children are not.”

Their sentiments reverberated throughout the political media sphere.

The fact that two stories revolving around the family members of two Republican stalwarts were perpetrated on the same day must be viewed as the caustic and fascist Left floating a trial balloon to divine whether including the families of Republican, Independent, and Libertarian politicians up for re-election in the 2022 Mid-Terms would be a viable tactic.

The initial response from the American people – as well as those in the political and media spheres – indicates that the fascist-Left – to include puppet masters Valerie Jarrett and Eric Holder, and top lieutenants like David Brock and the cadre of sycophants at The New York Times and The Washington Post – has grossly overstepped the ethical line, albeit a tarnished and dented one, in their dragging of Casey DeSantis and Caroline Cruz into the political spotlight.

So, why would the Democrats not protest this incredible blunder executed on their behalf by the usual suspect mouthpieces in the media? The answer is simple. They have absolutely nothing to run on in the Mid-Term Elections. Nothing.

Joe Biden has helmed unilateral Democrat power what with the Democrats complete control of the federal government, and has achieved nothing; zero. He has failed to achieve his priorities as outlined in the campaign and then in his Inauguration speech. He has failed at re-uniting a very divided country, something he included in those priorities and guaranteed voters he could do. He has failed at adequately stewarding the US economy, which was thriving before Democrats weaponized – politically weaponized – the COVID event to win an election.

Speaking of COVID, do you remember when then-candidate Biden said this?:

So, the question needs to be asked and honestly answered. With Democrats in total control of the federal government – just like when they used unethical tactics to jam Obamacare down the throats of the American people – what has the Biden administration achieved? What has the Democrat-controlled Congress achieved with US Rep. Nancy Pelosi (D-CA) and US Sen. Chuck Schumer (D-NY), in leadership?

Nothing. They have achieved nothing that can be touted as beneficial to the American people.

Okay, I have to walk that back just a wee bit. The fascist-Left has accomplished a few things. They have:

And the list goes on and on and on. Not on that list – and not rolling off of any serious political pundit’s tongue – is a single positive accomplishment; a single thing achieved to better the lives of the American people.

So, when you’ve got nothing – as the Democrats do at this moment, you do one of two things: 1) Retire, which a lost list of Democrats are doing; or 2) Attempt to shift the focus to a manufactured narrative.

Guess which option the power-hungry, transformative, fascist-Left has chosen.

The Far-Left’s Mid-Term Game Plan: Go After Their Opponents’ Families is posted on Conservative Daily News – Where Americans go for news, current events and commentary they can trust – Conservative News Website for U.S. News, Political Cartoons and more.