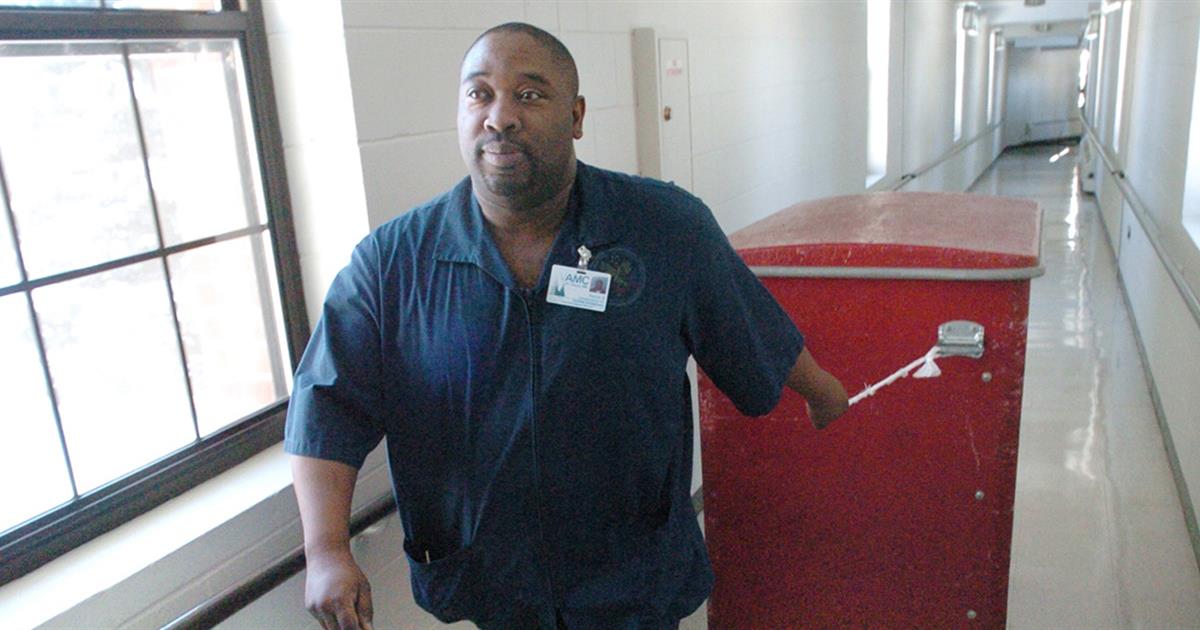 Sleep deficits are robbing poor people and racial minorities of health and earning power. What can be done?

Remember the line from that old folk song?

If living were a thing that money could buy

You know the rich would live and the poor would die.

Sadly, there’s little “if” about it. On average, the poor live less healthy lives and are more than three times as likely to die prematurely as the rich. That’s true for many well-documented reasons, including less healthy diets with too much processed food, polluted neighborhoods and a lot more toxic stress. In recent years, however, researchers have added one more factor to this mix: It turns out that the poor, as well as socially disadvantaged racial minorities, sleep much less well on average than the rich, which can take a major toll on their physical and mental health.

“We used to think that sleep problems were limited to Type A professionals, and they certainly aren’t immune, but low-income individuals and racial minorities are actually at greatest risk,” says Wendy Troxel, a senior behavioral and social scientist at the RAND Corporation, who coauthored an analysis of socioeconomic disparities in sleep and health in the 2020  Annual Review of Public Health.

Inadequate sleep among low-income adults and racial minorities contributes to higher rates of illnesses, including cardiovascular disease and  dementia, both of which are more common among these groups, Troxel and her coauthors point out. One study they cite attributes more than half of the  differences in health outcomes between whites and Blacks, for example, to differences in quantity or quality of sleep. You might think of this as the great sleep divide.

Poor sleep has become such a widespread complaint that US scientists have been sounding alarms for years about an epidemic of unrest among Americans. More than one in three US adults sleeps less than seven hours a night, the minimum recommended by the American Academy of Sleep Medicine. About seven out of 10 high school students fail to get the eight to 10 hours a night recommended for their age group. And each year, one in four Americans suffers from insomnia, while up to 7 percent of men have obstructive sleep apnea severe enough to leave them sleepy during the day. (For many, sleep issues such as insomnia were worsened by the pandemic, with one metastudy reporting that nearly 40 percent of people reported sleep problems during the first half of 2020.)

It’s still commonly assumed that poor sleep is a symptom rather than a cause of other medical or mental problems, according to Troxel. Yet today we know poor sleep can also cause illness. People with sleep apnea suffer more cardiovascular disease and stroke, as well as increased inflammation, which may contribute to illnesses including heart disease, cancer and arthritis. For teenagers, one study has shown,  each hour of lost sleep comes with a 23 percent increase in the risk of tobacco, alcohol or marijuana use and a 58 percent increase in suicide attempts. Insufficient sleep may even make people more  vulnerable to viruses and less likely to benefit from a vaccine.

But here’s where the great sleep divide comes in. Over the years, researchers repeatedly have found evidence that people in poverty get less sleep than those with more money. In 2013, for instance, a large CDC survey found that 35.2 percent of people earning below the poverty level reported sleeping less than six hours in an average 24-hour period, compared with 27.7 percent of those earning more than four times the poverty level.

The disparities are even sharper among racial groups. A rigorous 2015 study involving both lab tests and self-reports from more than 2,000 US participants found that, compared with whites matched for age and sex, Blacks were five times as likely to sleep for shorter periods. Hispanics and Chinese Americans were roughly two times as likely to get fewer hours of sleep than whites.

Several economic, social and physical factors contribute to these differences and their related harm to health, school performance and productivity.

Merely living in low-income neighborhoods is a risk factor for poor sleep, for a slew of reasons that include more light and noise pollution and less access to green spaces. “It’s said that your zip code matters as much as your genetic code,” says Troxel, who has gathered evidence demonstrating that where people live affects their health.

She and her colleagues compared groups of residents in two low-income neighborhoods in Pittsburgh, only one of which received public investments in housing and green space. They found that even as both groups of residents slept more poorly over time — a natural consequence of aging — those who lived nearer to the neighborhood improvements showed less of a decline.

For African Americans, markedly higher rates of sleep apnea sabotage slumber, says Girardin Jean-Louis, a sleep researcher at New York University. One reason for this difference is that non-Hispanic Blacks are 1.3 times as likely to be overweight or obese as non-Hispanic whites, federal data show, and this excess weight can partially close off breathing during sleep. During sleep studies, Jean-Louis and his fellow researchers have seen people waking up as often as 200 times a night — a predicament that can become a cruel trap. Poor sleep can affect people’s metabolism and even the hormones that regulate appetite, leading to further unhealthy weight gain.

Stress is an additional impediment to sleep — and socially and financially disadvantaged people, not surprisingly, tend to have more of it. Financial problems, a relative lack of control over one’s life, and systematic racism can all interfere with getting sufficient rest, Troxel says.

Blacks, for example, consistently report more job-related stress than whites. On average they are more likely to work in jobs with little sense of control, work at more than one low-wage job at a time and live in poverty even when employed, research shows. In a sad irony, however, even as whites tend to sleep better as they advance in their careers and become more responsible at work, the opposite is true for Blacks. The specific reasons remain unknown, but some researchers cite “ John Henryism” — named after the legendary Black “steel-driving man” — in which Black people overwork to prove they can succeed.

As Jean-Louis and other researchers have found, Blacks tend to spend less time than whites in slow-wave sleep, the deep slumber that supports physical and mental health. In a longitudinal study involving home and lab studies of 210 elderly people, including 150 African Americans, Jean-Louis is exploring the degree to which this deficit may contribute to higher rates of heart disease and dementia.

Whatever its causes, the sleep divide creates a devastating vicious cycle. Poor sleep makes people less healthy, which in turn may further trouble their sleep. And in yet another malicious feedback loop, poor sleep can contribute to more vehicle accidents and reduced productivity and income. All of which, of course, create more reasons to toss and turn.

Some of the reasons for the sleep divide are profound and depressingly familiar, having bedeviled policymakers for decades. There’s frankly little hope that any of the huge issues researchers cite, such as poverty, racial discrimination and environmental injustice, will be solved anytime soon. Still, Troxel and other scientists say the new attention to sleep is a major step forward, guiding them to imagine smaller “socioecological” steps to improve sleep health and its cascade of consequences.

Troxel, Robbins and Jean-Louis have all been focusing on strategies to do just this. In New York City, Jean-Louis has been recruiting barbers and church leaders as local ambassadors to spread the word about sleep health. “The patients just aren’t coming to the clinic or the hospital,” he says. “We have to go to them.”

Jean-Louis has teamed up with Robbins and other researchers to adapt videotaped educational materials about sleep apnea that featured older white men to include narratives from Black people. They’ve installed these videos on iPads that they distribute to local barbershops and churches.

Sleep hygiene education is sorely needed, Jean-Louis adds, given the depth of public misunderstanding about common sleep disorders. He says he’s often been dismayed, for instance, to hear people insist that snoring is a healthy sign of deep sleep, when in fact it often signals a problem such as sleep apnea. His usual response is to say, “This is God’s way of saying there’s something wrong.”

Changes in laws and regulations could also go far to improve sleep health, according to Jean-Louis and Troxel. Improved local noise ordinances, building codes for reducing light pollution, and more humane schedules for overnight shift work, which is more prevalent among African Americans, could all help reduce the sleep divide.

Major national debate has focused on one relatively straightforward change, which scientists contend could help tens of millions of Black, white, rich and poor children and their families sleep better: namely, delaying school start times by as much as an hour. The science is solid. For their physical and mental health, teens need a lot more sleep than they’re getting.

Many school districts that have moved back their starting clocks have seen benefits including more alert students, better academic outcomes and fewer car accidents. So far, however, fewer than 20 percent of US middle and high schools have made the change, Troxel notes. (When schools closed for the pandemic, many set their remote schedules later, and some surveys of students suggest that this has allowed students more sleep.)

A paradigm shift is implied in all of these sleep strategies. Sleep has traditionally been seen as a purely individual responsibility: Don’t drink coffee at night; keep the room dark; don’t look at your phone in bed, etc., etc. Troxel, Jean-Louis and other scientists argue that we need to widen our perspective to reimagine sleep as a public health opportunity.

“We need to think of population-level interventions,” says Troxel, “including policies to ensure that healthy sleep is not merely a luxury for those who can afford it.”

How to grill a flavorful steak

The (Second) Horror of the Flint Water Crisis