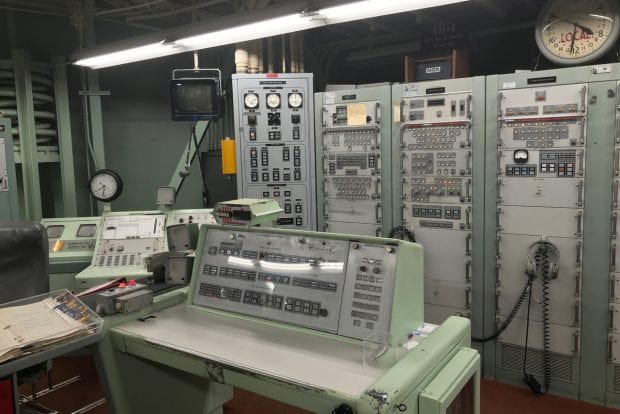 The rickety elevator atop former Air Force Missile Site 8 slowly teeters its way 35 feet underground, opening up to a nuclear missile bunker filled with Cold War-era technology, fixtures and decor. It makes you feel like you’ve stepped into an old sci-fi movie — or perhaps the hatch from the show “Lost.”

Except the nuclear warhead on the other end of the 250-foot tunnel is real — although no longer functional — and the best part? Anyone can visit it.

Missile Site 8 is now a National Historic Landmark and the home of the Titan Missile Museum. The Air Force still owns the Green Valley, Arizona, property, which houses the only remaining Titan II intercontinental ballistic missile complex left of the 54 that were active during the Cold War. The site became a museum so the public could better understand one of the DOD’s biggest missions — nuclear deterrence. 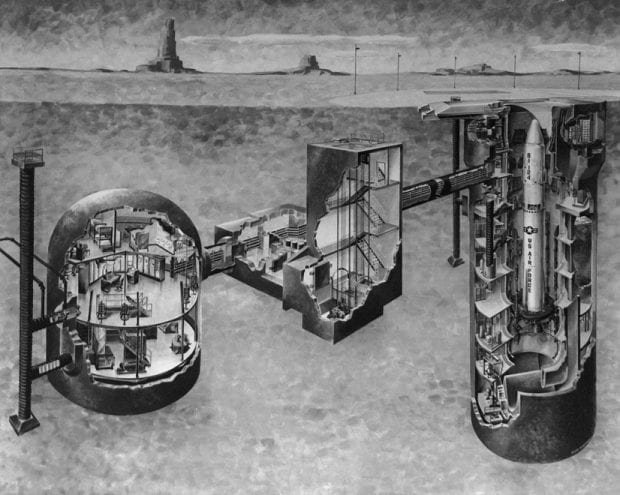 When you walk into the site’s underground launch control center, it feels like you’ve stepped back in time.

“It is very much the same in appearance as it was in 1963 when the site became operational,” said museum director Yvonne Morris. The site was one of 18 she worked at as one of the first female crew commanders chosen in 1978 for the Titan missile program.

Despite the bunker’s dated look, visitors get a clear view of the importance of nuclear deterrence.

Nuclear Deterrence: How the Site is Important

Missiles are part of the land-based portion of the nuclear triad.

“Our job in the Titan II program was to project a credible threat to the Soviet Union and to convince the Soviet Union that if they were to initiate a preemptive strike against the U.S., we would still be able to retaliate with such force and devastation that it would be suicide for both countries,” Morris said.

And no one wants that, hence the nuclear triad’s mission: peace through deterrence. It’s something Morris said is the biggest takeaway from the missile site.

“You can read books and the internet about nuclear weapons. You can study it. But you really don’t have a frame of reference for how these things work or what’s involved in maintaining them day to day. That’s one of the things we can provide here,” she said. “The overall technology has not changed in the strategic deterrent … so this is a really good picture for folks.”

Each missile crew had a four-day rotation. They were “on alert” for the first and last 24 hours. 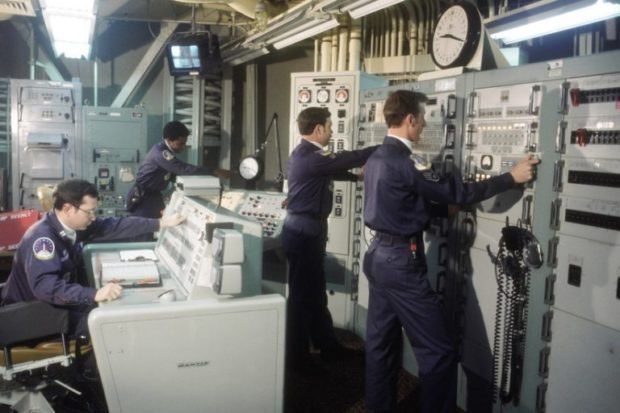 “[We were] responsible for everything that went on at the missile site during that time. We oversaw maintenance, we inspected all of the equipment,” Morris said. “We’re generally just maintaining the missile so it’s ready to launch at all times.”

There were bunks for sleeping and a kitchen for eating … and there was boredom.

“Being on alert could very much be like any other kind of shift work. You’re sleeping and working at odd times,” Morris said. 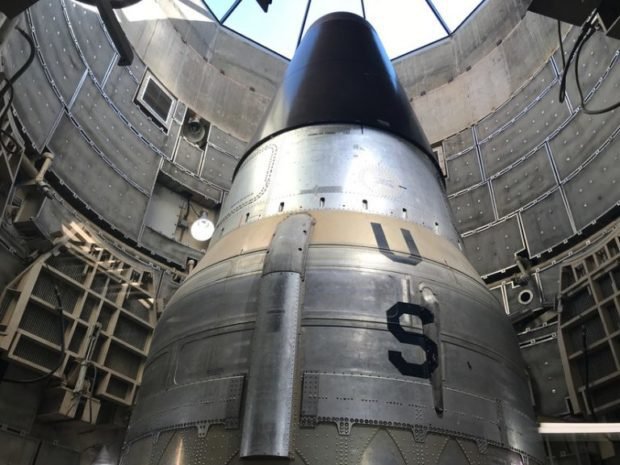 How the Titan II Differs From Today’s Arsenal

The Titan II was the largest land-based missile the U.S. ever deployed, standing about seven stories tall. It carried the W53 warhead — the explosive equivalent of 9 million tons of TNT.

“One Titan II could pretty much lay waste to about 900 square miles,” Morris said.

The Minuteman missile program that’s used today began when the Titan program did. The current version in the U.S. arsenal is called the Minuteman III and it’s smaller than the Titan II.

“[The Minuteman III] uses a solid rocket propellant instead of a liquid propellant like the Titan II,” Morris said. “It’s more efficient and a more reliable weapons system than the Titan II, given the state of today’s technology.”

The Minuteman program only requires two people on a crew versus the four required for a Titan II crew.

“But when people come here, they’re getting a pretty accurate picture of the life of people who do this kind of thing for the Air Force, and they’re getting a good look at the engineering requirements to launch a missile from an underground structure,” Morris said. 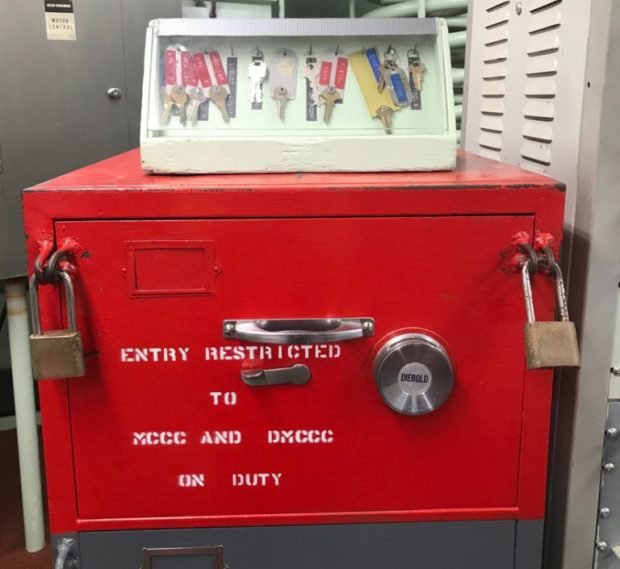 The Intricate Process of Launching

Morris took us through the launch process, which included lots of authentication, locks and decoding. One of the many failsafe devices, for example, required entering a six-digit code into a combination lock — meaning there were 17 million possible combinations — and you only had seven chances to get it right. On the eighth, the lock would commit “electronic suicide.” 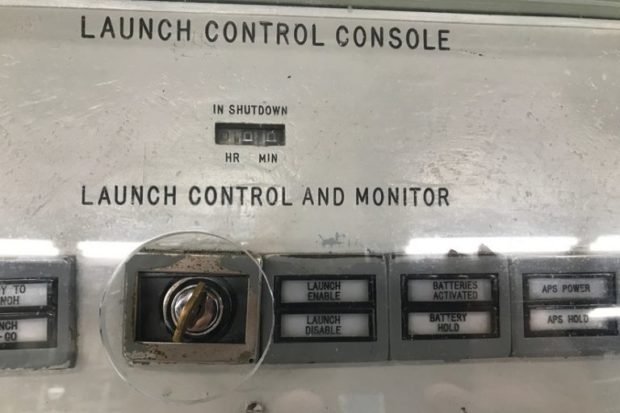 Each key had to be held in position, or it would bounce back — another failsafe — and the keys weren’t near each other, so it was impossible for one person to turn both.

After that, it took less than a minute for the missile to launch, and from that point, there was no going back. 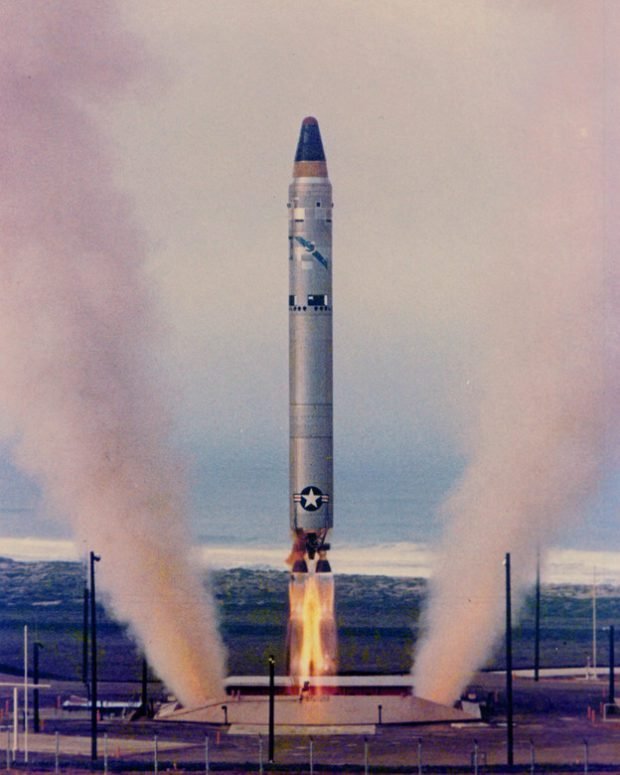 A Successful Launch Is Still a Failure

If they shot off the missile successfully, great. But that meant the mission — deterrence — was a failure.

Morris said they let visitors sit in the commander’s chair in the control room to go through the launch scenario. She said many can’t turn the key.

“It’s one thing to talk about World War III and nuclear winter and all the terrible things that would happen, if that were to happen,” Morris said. “It’s that person-to-person connection that makes it more real, especially when you’re sitting in the environment that would have participated in that.”

Ed Craig is an independent political commentator. With no allegiance to any party, he analyzes what's going in D.C. and points out what matters. His opinions are his own and not necessarily shared by The Main Steet Examiner, its staff or officers.