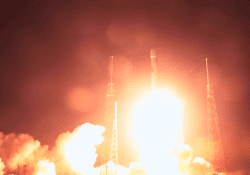 The Trump administration congratulated the Government of Israel and our respective commercial space industries for the historic SpaceX Falcon 9 rocket launch of SpaceIL’s Lunar Lander named Beresheet. The mission launched yesterday from Cape Canaveral Air Force Station, Florida, at 8:45 p.m. EST and will land on the Moon in about two months, according to a Fox News report.

The four-legged Beresheet, barely the size of a washing machine, will circle Earth in ever bigger loops until it’s captured by lunar gravity and goes into orbit around the moon. Touchdown would be April 11 at the Sea of Serenity.

NASA’s Apollo missions in the 1960s and 1970s took about three days to get astronauts to the moon, but they used monstrous Saturn V rockets. The $100 million Beresheet mission couldn’t afford its own rocket — even a little one — so the organizers opted for a ride share. That makes for a much longer trip; the moon right now is nearly 230,000 miles away. 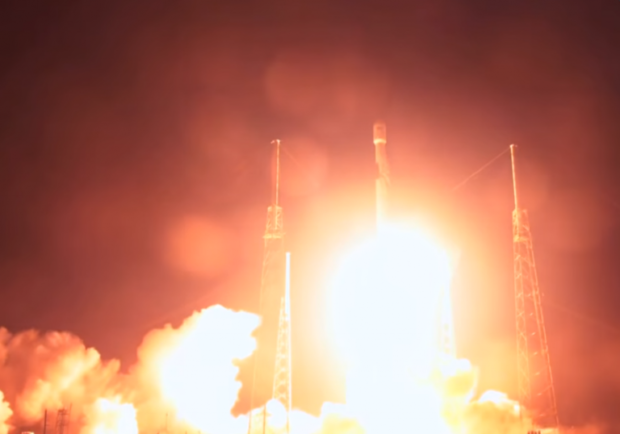 The main mission for the Falcon 9 rockets was an Indonesian communications satellite, but the news has been all about SpaceIL, a nonprofit organization behind the effort.

“This is Uber-style space exploration, so we’re riding shotgun on the rocket,”  Yonatan Winetraub, co-founder of Israel’s SpaceIL, explained at a news conference on the eve of the launch.

The non-profit organization SpaceIL and Israel Aerospace Industries, with technical support from the Israel Space Agency, funded and built this lander. The mission required governmental authorization and continuing supervision, consistent with obligations set out in the Outer Space Treaty, to which both Israel and the United States are party. The U.S. government, as a responsible space-faring nation and launching state, also commended the U.S. commercial space sector for providing affordable launch services to another closely allied spacefaring nation. In fact, the Google X prize was the primary incentive that persuaded SpaceIL to embark on this endeavor.

“We look forward to expanding our partnership in space with Israel as the nation takes on greater responsibilities in the international community of spacefaring nations (as in its recent assumption of the 2nd Vice Chair of the United Nations Committee on the Peaceful Uses of Outer Space),” The U.S. State Department said in a statement. “Israel is fostering its own innovative commercial space industry to produce a mission that will make Israel one of only four nations (United States, the former Soviet Union, China, and Israel) to reach the surface of the Moon through a controlled landing.”

This mission has fostered a partnership between NASA and the Israel Space Agency and both agencies will share the resulting discoveries with the global scientific community. NASA will contribute to the mission with communications support and observations from its Lunar Reconnaissance Orbiter spacecraft and by providing a laser retroreflector that will fly onboard the Israeli lander.