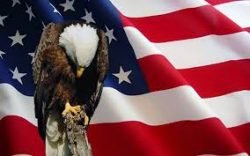 There have been many events in history, even in my lifetime, that were of such significance that we all concurred, “we will not forget.” Yet we do. One that immediately comes to mind is the Holocaust. Hitler was responsible for the deaths of millions of Jews in the name of ethnic cleansing. The world brought Hitler down, millions of Jews were saved, and we collectively said we would not forget-it will never happen again. Yet we did, and it has.

The Killing Fields are sites in Cambodia where more than a million people were killed and buried by the Khmer Rouge regime from 1975 to 1979. This genocide occurred immediately after the Cambodian Civil War as Pol Pot sought to kill the children of his enemies so they would not grow to overtake him.

The Chinese have committed atrocities against their people in the past and still do today. When the Communist Party came to power in 1949, Mao Zedong had tens of millions of people killed in his quest to create a perfect society under Marxism. As a result of his ordered killings and those who died due to the famine he began to starve the peasant population; his people perished. Nearly 77 million Chinese were exterminated at the hand of Mao.

Today, more than one million Uyghur Muslims are imprisoned in northwestern China, and nobody knows how many have already been killed. The global community is aware, has voiced opposition, but these incarcerated people face the possibility of death. We will forget. We have already forgotten.

On September 11, 2001, a day we will recognize this week on its twentieth anniversary, the United States was attacked by radical terrorists who killed thousands in New York, Washington D.C., and Pennsylvania. This attack brought anger and a wave of patriotism not seen since World War II. A year later, I wrote an editorial asking where all the flags had gone? Our homeland was attacked for the first time since Pearl Harbor, and many had moved on just one short year later. The flags that had been flown and waved with such passion were seen no more. Some of us remember and still look for justice, but life has moved on for most, and there is not a school-aged child in America that was alive that day. The event is but a footnote in most history books.

What does this all have to do with today? Just a week ago, the United States evacuated its military and most Americans and Afghans who had worked with us for the last twenty years in the War in Afghanistan. In addressing the nation, Joe Biden said we would not forgive, and we would not forget the people responsible for the deaths of thirteen of our military and dozens of civilians during the evacuation. I contend we may have already done both. As one of the greatest political and military debacles continues in Afghanistan, countless Americans are stranded. The killing of Afghans who were supportive of American actions has begun by the Taliban. But we have moved on. We are gaslighted by our feckless politicians and a complicit media to focus on other events so that we might quickly forget the visions of a failed operation in Kabul. I fear their plan is working. Only a few are reporting on the executions of Afghan police, and the Taliban have resumed the atrocities against women. Just months ago, the Taliban was a terrorist group. Today, the Biden administration recognizes the Taliban as the ruling government in Afghanistan and is already talking about us giving them foreign aid dollars. Americans are still stranded, wondering if America has turned its back on them.

It has only been one week. We do forget. We have already forgotten.

Why Do We Have Such Short Memories? is posted on Conservative Daily News – Where Americans go for news, current events and commentary they can trust – Conservative News Website for U.S. News, Political Cartoons and more.